Skip to content
Home>Posts>Annuities, In the news, IRAs, Retirement Income>Coming soon to an IRA portfolio near you: Longevity Annuities?

Coming soon to an IRA portfolio near you: Longevity Annuities? 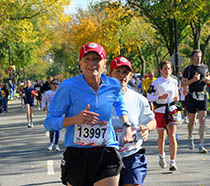 If a significant portion of your retirement assets are held in a retirement account like an IRA, how can you accomplish the following three goals at the same time:

Well, you can’t. But that may change soon. Very soon.

The IRS has proposed new regulations which would allow certain qualified

[1]
annuity contracts to be exempt from the minimum distribution rules (MRDs)—and thus avoid premature taxation—even while income is defered. These qualified retirement longevity annuities currently do not exist, but that’s about to change. It seems likely that final IRS regulations will be released by the end of 2012, and the new products would become available soon after.

Where we are today

Currently, the law requires that distribution from qualified retirement accounts (like IRAs) begin no later than age 70 ½[2]. These are the minimum distributions rules (MRD rules, or, simply MRDs for short). Basically, the government provides a table of factors that determine what percentage of your IRA (or similar plan) you must withdraw, and pay taxes on, each year. Each subsequent year, you are of course one year older, and because the table is age-based, it requires an increasingly larger percentage be withdrawn each and every year.

But Americans are living much longer today than just a few years ago. It’s now commonplace to meet people in their 90s, or even 100s. Perhaps you will want to defer taking any income from your account until well after 70 ½, but in fact you will be forced to start before you are ready. And so this is the problem.

One way to avoid the problem is to annuitize some of the assets in the IRA. That is to say, a portion of assets would be given to an insurance company, and in return, the insurance company guarantees a stream of future income payments[3]. The payments continue for your lifetime. This both prevents running out of money at an advanced age, and bypasses the MRD rules[4].

But the annuitization option won’t help us with our third goal, the option to defer IRA withdrawals to later ages, well beyond 70 ½. To fully avoid the MRD rules, we would have to commence annuity payments prior to 70 ½.

The “Longevity Annuity” is born?

The proposed regulations for the longevity annuities solves the dilemma by allowing for annuity payments to begin as late as age 85. There will be limits on the amount that retirees can invest in longevity annuities, but they may help some clients maximize retirement income late in life, while also providing a lifetime guarantee of monthly payments.

Clearly, these yet-to-be-released products would not be for everyone. As with any retirement strategy, there are disadvantages. For example, purchasing such an annuity might be an irrevocable decision (and almost certainly would be irrevocable after payments begin). And only fixed payouts would be available—in other words, longevity annuities could not be a type of variable annuity. There are other potential disadvantages too. So you would want to discuss the concept with your financial or tax advisor before heading down this road.

Remember too, these are only proposed IRS regulations. The longevity annuities don’t exist just yet. And finally, although it seems likely that insurance companies will issue them, they won’t do so just because the IRS says they can. If they can’t make some money doing so, then longevity annuities could be vaporware![5]